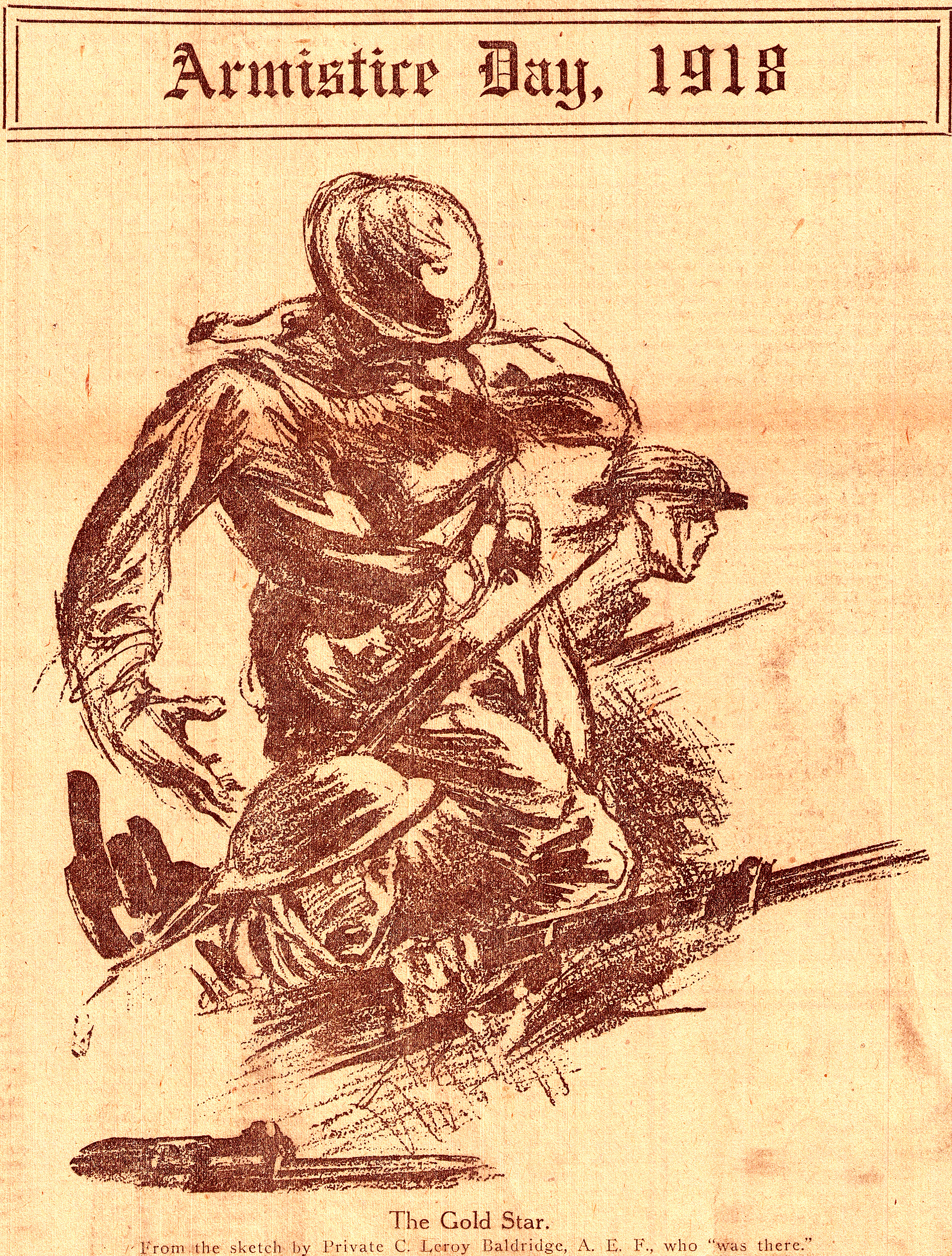 NEW ORLEANS – This Veterans Day, Tuesday, November 11th, 2014, the bronze WWI “doughboy” retakes his ground in the revamped green space at Tulane Avenue and South Galvez Street. This area was once commonly known to people in the lower Mid-City neighborhood as Billy Goat Park, but in 1966 it was renamed Pershing Park and dedicated as a WWI memorial.

The rededication will begin at 11:11 am, the time when the armistice was signed ending the Great War on November 11th, 1918.

Although we now know this day at Memorial Day, honoring veterans of all armed-conflicts, Armistice Day commemorated the millions of service men and women who fought and the tens of thousands who lost their lives in WWI. 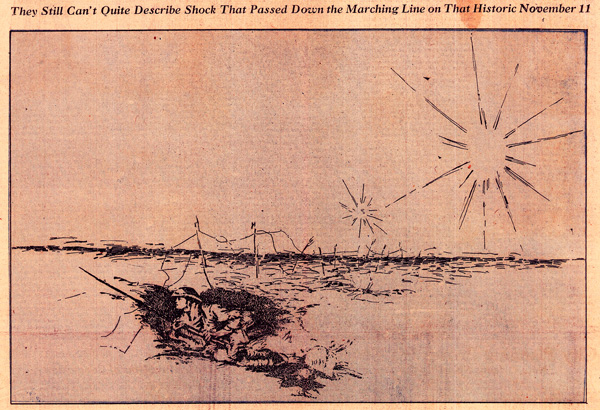 The statue, originally installed and dedicated in 1970 by Friends Barracks No. 640 – Veterans of WWI of the USA, depicts a WWI “doughboy” clutching a rifle in one hand and a grenade in the other. It was constructed to honor those Louisianans who participated in the war.

It has now been reinstalled within a shadow of where it originally stood, bordering the campus of the new University Medical Center & Veterans Hospital complex – construction of which is actively underway.

But for nearly two years the soldier, along with his plaque and podium, disappeared from public view. Initially there was concern that the monument would be scrapped along with dozens of historic homes in the lower Mid-City neighborhood.

Before citizens with overwhelming concern for the protection of the statue stepped in, there was no real plan for its preservation. 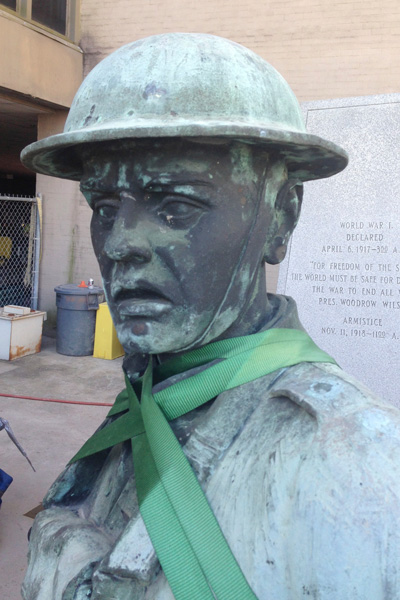 "We first became aware of the situation when there was plans by the city to roll the park into the Hospital’s footprint and we got involved because we felt the statue could wind up anywhere," said Monumental Task Committe, Inc. board Vice-President, John Brink. “When all the groups met we agreed that we wanted to do something that was in the best interests of the neighborhood and the city, and we were all certainly against anything that would take the statue out of the park for good!”

While there were no objections to saving the statue, there were bureaucratic hurdles in the way. The main issue was the ownership and future care of the park. So the City Council approved an ordinance that allowed the city to sell the park to the state, which in turn allowed medical center contractors to work directly with the preservation team.

“Our team worked harmoniously with the University Medical Center building contractors to assure the statue was safely removed, stored, rehabilitated, and reinstalled by the beginning of November this year” said Pierre McGraw, MTC Board President.

While speaking about MTC’s undertaking, McGraw added, “Recognizing the importance of our monuments, we always use U.S. Park Service approved methods in our maintenance and conservation practice.” 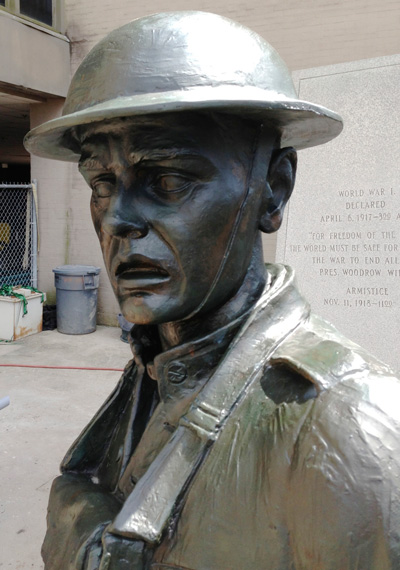 The Monumental Task Committee took a phased approach over several months to clean and restore the iconic bronze. Working in a makeshift conservation studio near the site, members who are qualified professional conservators used restoration techniques to effectively remove deterioration and revive the original patina.

The Monumental Task Committee, Inc. is a dedicated group of volunteers who, for 25 years now, being moved by the plight of neglected monuments, have taken up the ongoing charge of preserving many of these historic works found throughout New Orleans. Among a long list of projects, they have worked on the Benjamin Franklin and Henry Clay Monuments in Lafayette Square, and the Ninth Ward Victory Arch in the Bywater. 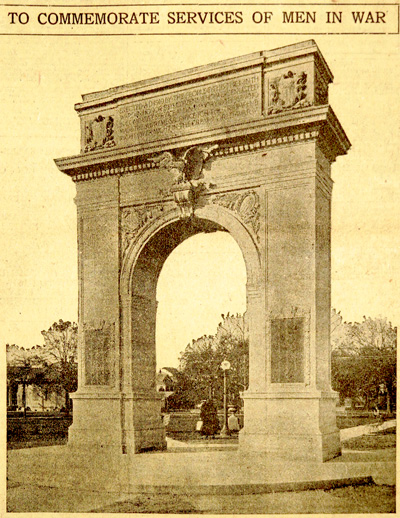 They do as much as they can with the support of private donation and grants they receive. Along with attending to maintenance and graffiti removal, they are actively fundraising to conserve other woks such as the fragile Carrera marble monument dedicated to the philanthropist Margaret Haughery located in the Lower Garden District. All this service comes together to make these places more enjoyable for the citizens of New Orleans and visitors from around the world. 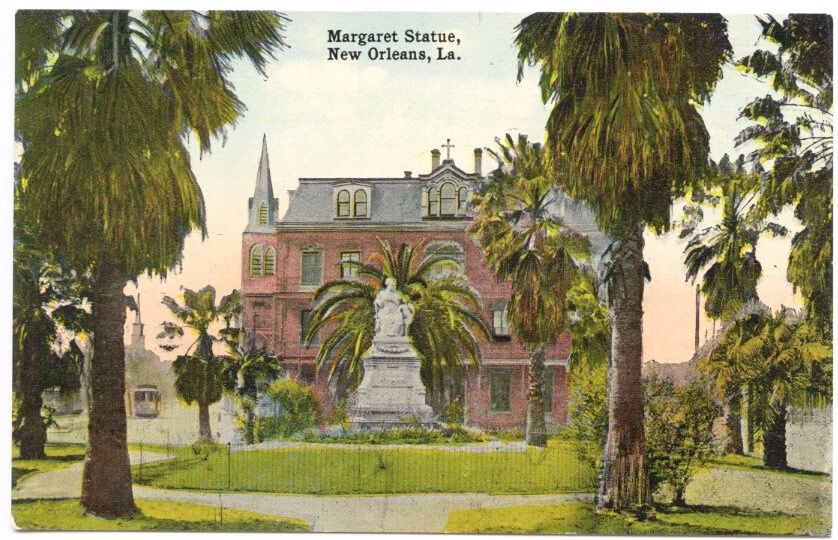 “New Orleans is blessed to have such an inventory of outstanding and historically significant sculptures, many of which were designed by notable artists and cast in the best foundries in America,” said Linda Stubbs, a consulting museum registrar currently charged with the transportation and care of all artwork included in the Prospect 3 biennial.

In another role Linda Stubbs is not only trained in stone conservation but also the Director of the MTC. “We hope that this preservation work draws attention to the bigger issue of reacquainting the public with our city’s monuments,” Stubbs said. "In the case of the 'doughboy', many American soldiers made the ultimate sacrifice for our country, the least we can do is preserve the monuments dedicated to their service." 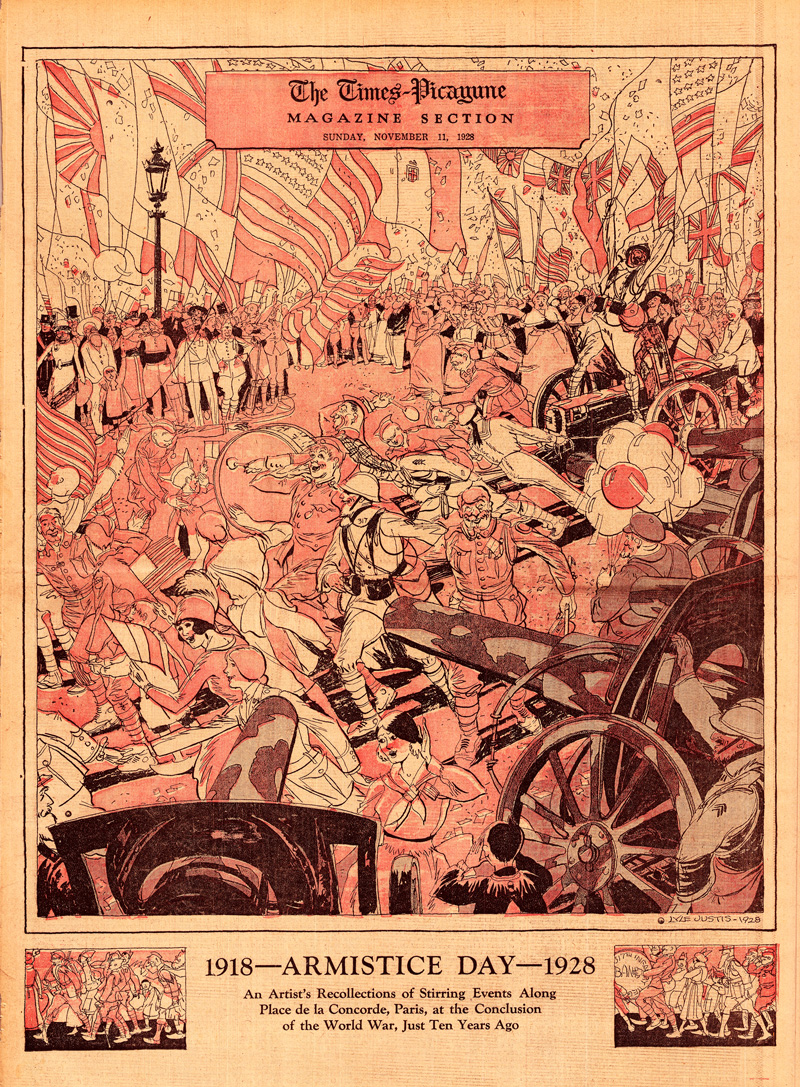 Its mission is: “to promote the documentation, preservation, appreciation, and interpretation of these memorials, and in so doing, to raise the profile of World War I in American public consciousness.”