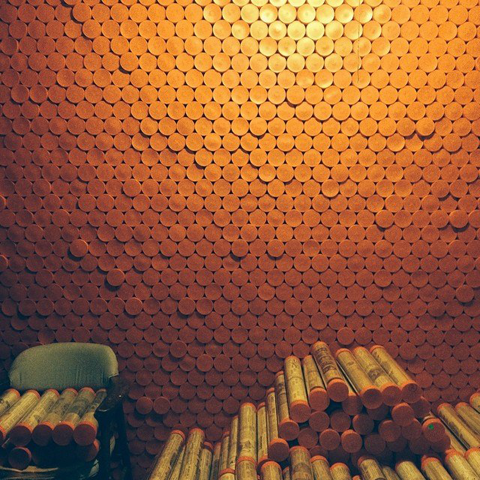 For years, Joseph Makkos salvaged letterpresses and boxes of rare type from local print shops. He was trawling through Craigslist one day in 2013 when he came upon an ad for a "historic newspaper collection." Hours later, he had become the proud owner of a Times-Picayune archive from 1885 up to 1930, a collection carefully preserved in some 30,000 airtight tubes.

The trove had originally been part of the newspaper holdings of the British Library. This once vast archive of newspapers from throughout the world was scattered and largely pulped in the late 1990's, a tragic story that features prominently in Double Fold, Nicholson Baker's book decrying the routine destruction of original newsprint and old books. Inspired by other print conservation efforts, Makkos launched New Orleans DNA to not only preserve his newspapers but also nurture an appreciation for their true pricelessness.

New Orleans DNA draws on the wealth of stories and images from the Daily Picayune to recover what would otherwise be lost to the ages. A vast array of multimedia content and a series of "Build-Your-Own-Books" will offer gateways to the city's past that allow people to explore history on their own terms. The prints, apparel, and rich array of printing services restore the beautiful imagery to our everyday lives. The commerce supports important research into the history of New Orleans.